Gnomore started this time from Darnassus and cashed out some AH sales. Now he's sitting on 440+g with some sales in AH and gaining more ore and herbs to sell as he goes. 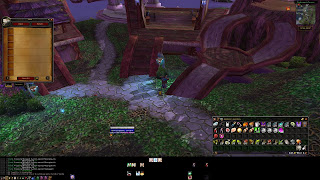 Now there is the Love is in the Air going on, and even though I resent the whole thing of seasonal events and daily quests, Gnomore took on doing the Something Stinks chain. As stated earlier, Gnomore was about to go back to Elwyn Forest to continue the adventures and seek for more Lunar Elders. This was a lucky shot as such: 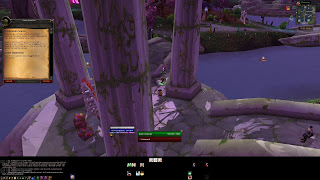 Needless to say, there was a lot of running about to catch the big bad culprit of the pheromone scents. Firsts running, then some awkwardly familiar gobling phrases. 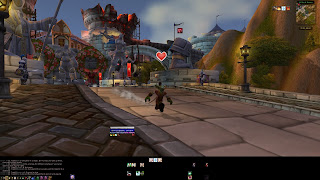 Then it was off to Elder coins. Which in turn lead to a quest in Westfall which really is an annoyance: it forces the player to kill homeless. There were a couple of these revelations over this play session: first a quest which teaches the player to be selfish to succeed and then the one to beat up the homeless people. 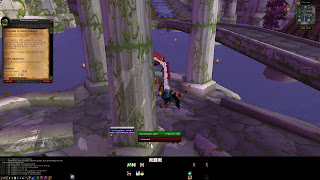 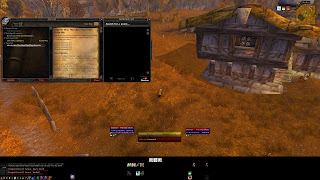 Now the annoyance part of the latter comes out if you don't want to beat up the homeless who gets pretty irritated in your questioning her or him about the murder on the road. You see, you cannot outrun them. They follow you till you die. Abandoning the quest on the run doesn't help, the mob is neutral to all so the guards don't help and you cannot fly because you are in combat. 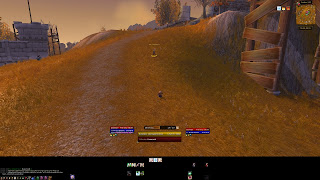 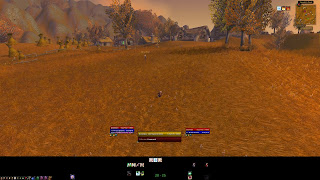 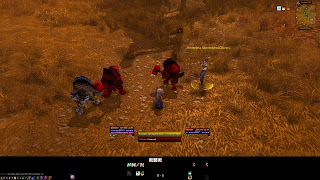 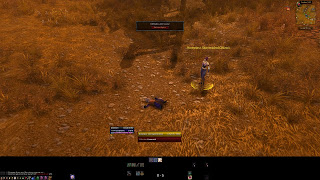 And even after that, that homeless damsel stays guarding your white bones till you run away. 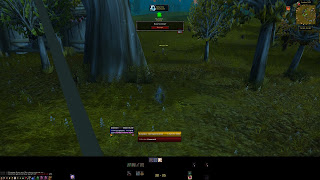 How fun and enticing is that for a dedicated fan.

Later on I got to Redridge, where the player ushering has been taken to the right direction. 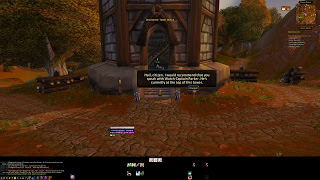 Yes, your presense triggers the NPC's to speak to you, giving directions to the next quest giver rather than just having a quest to go to talk to the guy. Granted, you lack the few exp for not having the quest, but then again, it's repaid in the next quest reward.

In Redridge you can see the first real changes to the questing and triggered events, something that I didn't so much notice in Westfall. The next odd thing came out with a quest that updates on the run. 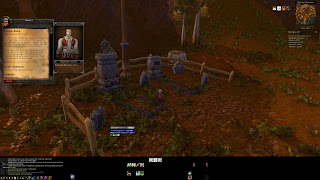 You can take it, but you cannot decline it. Where is the choice, really? Take and abandon, thank you.

All in all, pretty short and all around the world trip. Next time Gnomore will have a quick visit to Moonglade to get his Festive Suit and we'll see where that leads to. Remember to check the pictorial with more commentary on the travels. 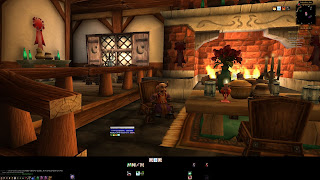