Cheated by the mechanics: Gnomore

Long and winding story short, Gnomore made it from Duskwood to Ratchet in one run and lost the status of clean slate due to game mechanics. Yes, Gnomore is not clean and 'kill less' anymore.
I won't go through the rest of the adventures except for these two pictures, which show I struck my two 'main' objectives: 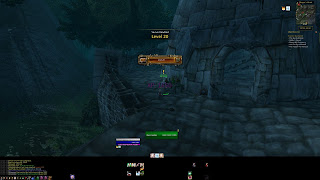 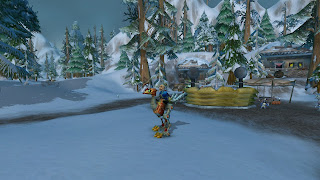 The rest of the story goes to telling how Gnomore the Pacifist became Gnomore the Shameless Killer Bastard.
Pretty soon after gaining the mount(s), Gnomore headed towards Loch Modan. Along the way there is a camp at Helm's Lake, in which there is a quest Entombed in Ice: You have to rescue six Dwarf Mountaineers from Ice Blocks into which they have been entombed by the shameless Tidal Elementals (or something).
Naturally it's on Gnomore's genetics to go and SAVE people from fate more horrible than dead. Without a second thought Gnomore started banging the Ice Tombs into pieces.
Without thinking it any further, Gnomore just bashed the Tombs into smithereens, saving the suffocating Mountaineers on the way.
On the third one - after getting several records on the highest damage done, I checked the kill board. 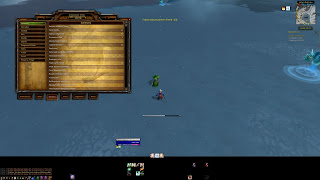 Alas, it was too late: third Mountaineer rescued and three kills done! I was speechless, powerless and dumbfounded. After the initial shock I got infuriated. Crappy game with faulty mechanics, posing that the Ice Tombs are CREATURES which you KILL. Stupid Blizzard!!!
So the quest killed my kill board, making it six "uncategorized" creature kills (as seen in the Armory page), and made me seriously doubt if it's worth to continue this project.
Despite of my doubts I decided to play the full session and I found out that even though the game itself spoiled the actual fun by luring me into "killing" in the game terms, it did very little to my joy of playing the character. Even more so, as I got the mount and got into travelling more, I got back into the joy of discovering new sights and if you add Archeology to that equation, you can see the amount of potential fun for this character.
In the end, Gnomore was left into Ratchet, with a bit over 1k gold in his pocket and some archeological finds in his stash.
I leave you with this stern looking professional and final thought. 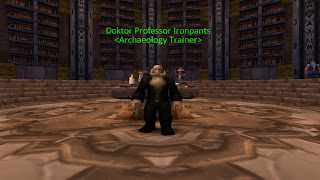 Should I really continue with Gnomore or start a new one?
A post by Unknown