On the way to Stonetalon Mountains

Last time, in the short update, Gnomore was left again in Darnassus, with his AH bulging with stuff and things to sell. Needless to say, half of that stuff got sold over the week and the current balances are not too flattering. Then again, for a character which has never killed a single target granting honor or experience (ha!), having over 2000g at level 26 is nice. It's much more than needed at this point of the game and it will easily carry for a long time. Plus he has nice goggles and a Haunt. 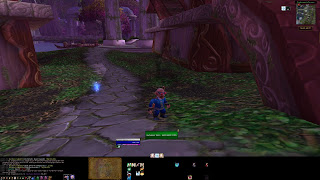 Then again, Gnomore is about to enter the mining and herbalism skill range, where the gathering skills can - and will - generate some real money. The next range after iron-mithril-truesilver is the herbalism range of Outlands.

To our story of the day: Gnomore let the archeological survey decide the way to proceed. This time the choice was Ashenvale, and the southern outpost to be exact. After running around that small spot for digging, Gnomore remembered that he had some gnomes to save from a wagon. Too bad you had to kill the driver of that wagon, so the only thing Gnomore could do was to bid goodbye to the guys and be sorry. 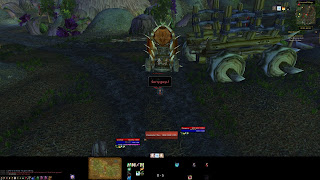 The next spot was in the Zoram Strand, where the outpost people had some nice quests to run while digging. 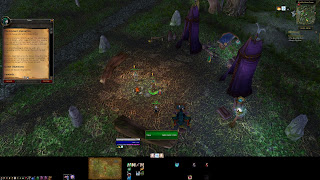 The whole roundabout proved a serious reason for the lack of Night Elven Engineering in the game. They simply do not have the knack.

The going about along the archeological sites took Gnomore to Forest Song again, to pick some rotten wood for some night elf and to seek out a goblet. Too simple for this resourceful little gnome, so he had to check what was behind door number two. I mean, before the portal at the end of the road. 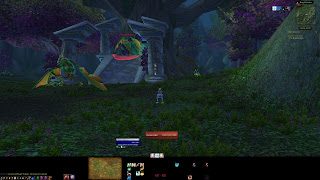 Not only a huge army of dracolisk guardians, but two dragons guarding the portal. I still wonder where the portals would lead if they hadn't been made defunct...

Along the way, Gnomore ran into Gnarl, who had another nice quest to do: collect the assorted bits and pieces of his cousins and relatives, whom the orcs had sawed into lumber. Nice distraction from the actual aim of the day, which was fully realized after this quest was done. 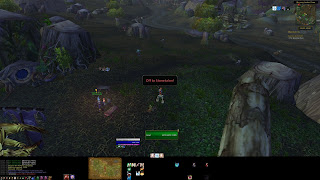 What little did that little gnome know... because on the way there, he ran into the encampment of orcs and goblins, with their huge machines of destruction, and even bigger balls bomb for which Gnomore had to die for. 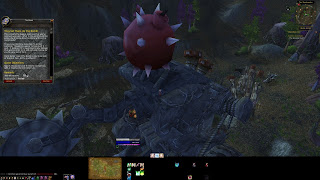 Can you imagine? The Night Elven commander at the outpost didn't even believe this little gnome. See for yourself! 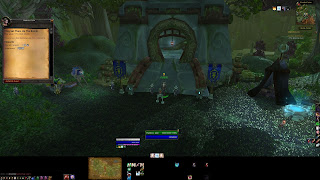 Then it was time to move on, anyhow. Off to Stonetalon, to higher gains and glory.

In the end, after serious doubts about the sense of being at challenging area, Gnomore found a place to rest. 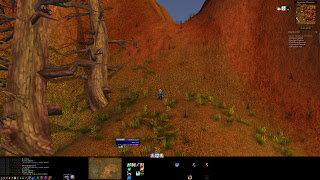 All I can say at this point is that the rest came on purpose, because the next time Gnomore was out, he got even deeper into areas where he shouldn't have been.

But that's a story for another time!!!
.