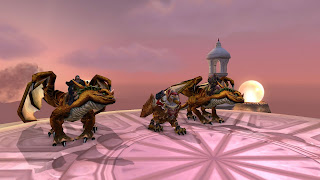 There they were: the foolish three who had once failed to conquer the Vortex Pinnacle. Facing the portal, feeling confident and willing to die for... the sake of dying.

Fast forward, with subtitles:
"If you just sap that one and I pull the rest... Oh, it can't be sapped, and omgwtf LET ME AT IT!"
"Could you use Fade or something, so I can keep the aggro?"
"Um, well, it might be better for my mana if I stopped doing damage to them, right?"
"Ok, I'll go and strangle that one, silencing it? Ah, for crying out loud, you pulled it already..."

The groups of different sizes of winds and clouds came and went, and the majority of the time my screen was like this: 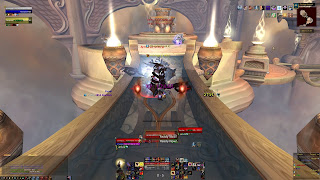 Happily smashing away, from one pull to another. Ok, save the one time an exploding cloud warrior pushed me over the edge of the Pinnacle, but otherwise the trash mobs were pretty uneventful, as if someone had tweaked them - again! - to some lower level of challenge. This time the Grand Vizier left another man standing, and it wasn't the tank... 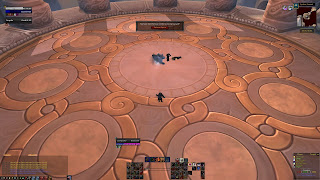 Bloody priest! He should keep the tank up rather than the rogue, as it was the tank who bit the dust first again.

No reason to cry over the spilled milk, though.

Jump to the next, the mid-boss Altairus was a nice, fast and simple fight, right after the fellowship thought out to use the wind to their benefit. Old hunter adage was proven correct: always stand downwind...

Finally it was time to face Asaad. The trash mobs of the Tol'Vir after the Grand Vizier were a sort of nice change to the pace, as our rogue could sap and control the excessive healers. Otherwise it was - like I commented in Twitter - "sap one, tank on rest, kill the second, wham-bang-slam-smash."

Now Asaad. That is one bugger of a boss. The stars around pounding extra damage to us all, with no way of putting them out of their misery, having to run from one Containment Field to another while tossing things to the Lord of Wind and Fury himself, the fight was actually very interesting. Thrice we fell, until...

In the end, all we could conclude was... 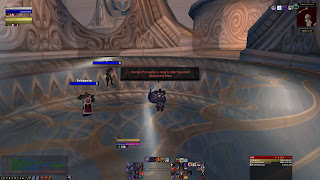 After which we searched for new challenges. I wonder if this is good enough? 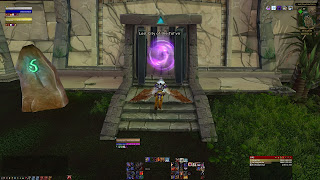 The first fights in the Lost City of Tol'Vir were intense, interesting and way better than all the fights so far in Cataclysm, with several aspects to take into account. It is indicative that we didn't get the first boss - General Hasam -  down on the first run we were there, yet everyone of us felt that we were doing our best, with little to improve in our playing.

So off to the questing it is. Mind you that we cleared Vortex Pinnacle with tank and healer being at lv84 and 'just' the rogue at 85, and the healer dinged to cap while in the Lost City of Tol'Vir. More or less, it's down to gearing up from now.

It seems that the game just turned interesting, if the quality of the instances grows this rate from now on...